Not only is actress Ruth Negga tipped to win an Oscar in 2017, she's also the new face on the January cover of Vogue magazine. 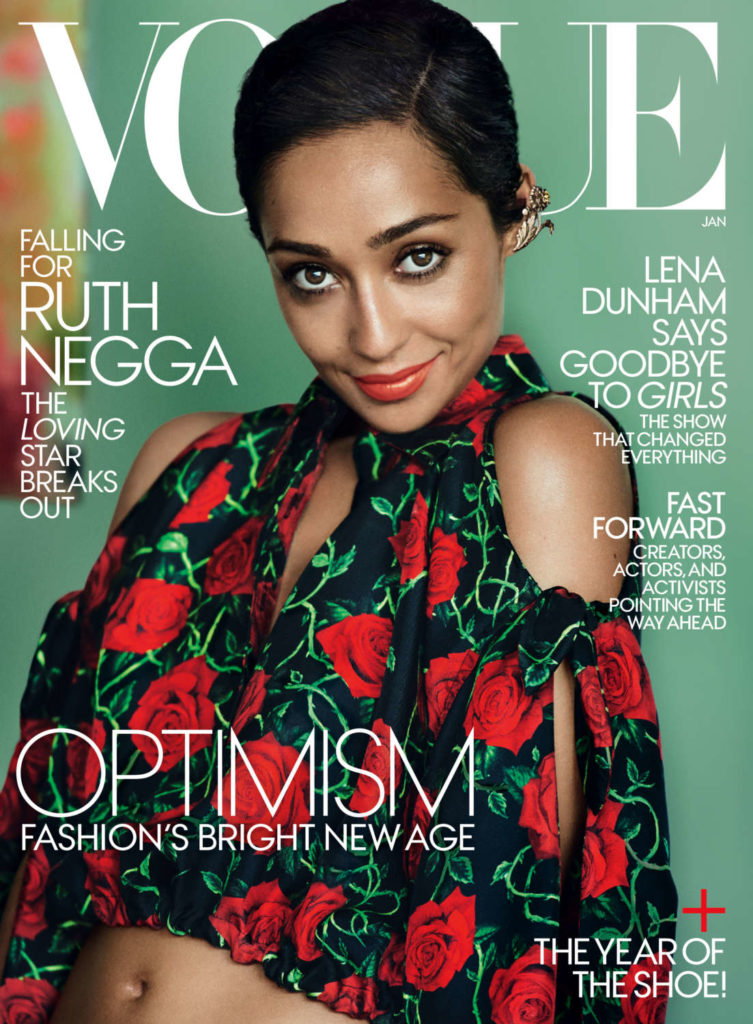 Donning an Alexander Wang floral-print crop top and accessorizing with a Rodarte ear cuff for her cover debut, the Loving star who was born in Ethiopia but raised in Ireland shared her thoughts on diversity and racism.

"I become very territorial about my identity because it’s been hijacked by so many people, with their own projections," she said. "When I was a kid in Ireland, there were not very many black people. I was very much like the strange brown thing, intriguing and cute," she said. "I didn't experience racism there. The first time I did was in London. It was that moment that you realize you're black. A kind of lifting of the veil."

Negga, whose role in Loving is that of Mildred Loving, a plaintiff in the 1967 U.S. Supreme Court decision Loving v. Virginia that ended in the landmark decision to invalidate laws prohibiting interracial marriage, thinks the film is a step in the right direction that Hollywood needs.

"The film is reminding us that there's a conversation that we need to be having still," she said, despite many people saying the drama has a "quiet" message. "It doesn't feel very quiet to us. It feels really loud."